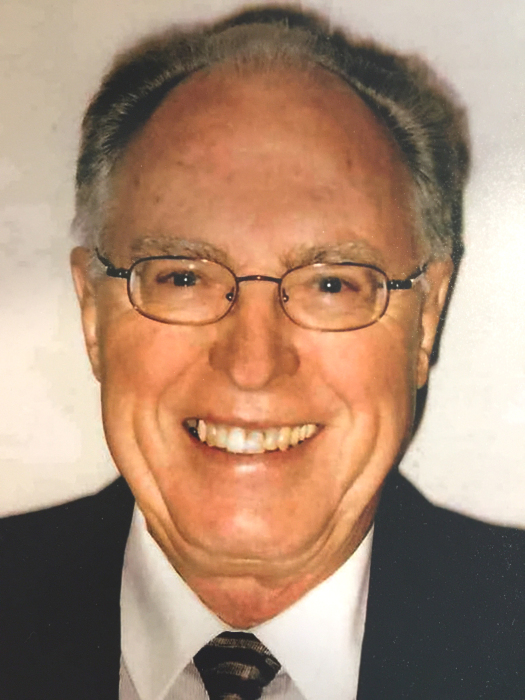 William J. Critchlow III, passed away on August 3, 2020 at Bountiful, Utah at the age of 90.  He was preceded in death by his first wife, Peggy Marie Wood and a son, William James Critchlow IV.   He is survived by wife, Raelene Brian Critchlow, six children, and five stepchildren as well as 44 grandchildren and 66 great grandchildren.

Before joining a law partnership in 1965, Bill served as Vice President and Senior Trust Ofﬁcer at Commercial Security Bank.  With a Juris Doctorate degree with honors from George Washington University Bill practiced law from 1965 until his retirement in 2014.

His main hobbies were Western history (his B. A. degree was in history) and gardening.  When he was Explorer Scout Advisor, he directed the boys to studying the historic forts of the Ogden area.  He solicited funds from the SUP to buy a camera to photograph the sites and to prepare slides for a presentation.  Models were then made of the original forts.

In 1976 an historical art collection was begun in connection with the United States Bicentennial.  Approximately $60,000 was raised which resulted in the Bicentennial Fine Art  Collection housed in the Stewart Library at Weber State  University.

Bill also began a project to create the Miles Goodyear State Park in West Ogden.  The SUP, the Rotary Club, the Union Paciﬁc Railroad Company and Weber County  together with a $1,000,000.00 appropriation  from the Utah State Legislature turned Bill’s  project into a reality with a recreation of the original Fort Buenaventura with a museum  featuring historical displays and artifacts.

In conjunction with Weber State  University historian, Dr. Richard Sadler, Bill  co-authored a history of Ogden, Bill’s hometown.  He also sponsored the Critchlow Historical Lecture Series at Weber State University.  For his many civic accomplishments and  contributions to weber state university Bill was given  an honorary Doctorate of Humanities from Weber State  University and he was named one of 100 Outstanding Alumni.

His church service included a mission to Sweden, serving  as bishop of the Ogden 41st Ward, high priest instructor,  high priest group leader, serving in a stake mission  presidency, being Explorer leader and a scoutmaster.  He and his wife, Raelene Brian Critchlow, also served together to direct the St. George Temple Visitors’ Center and Historic  Sites beginning in 1999.

We extend our condolences to Raelene, family and  friends.  Bill will be missed. He was a gentleman, a man of character who loved the gospel, his family, his heritage and our history.