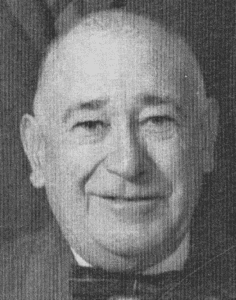 Charles Comstock Clayton, 81, veteran and devoted member of the Sons of the Utah Pioneers, died Feb. 14 in a Salt Lake City hospital of natural causes. He was widely known and acclaimed as a supporter of cultural and civic projects. He was founder of the C. Comstock Clayton Foundation for the support of music and art.

He was a member of the board of directors of the Utah Symphony and of the Repertory Dance Theater.

A graduate of the Babson Institute of Business Administration in Massachusetts, he was former chairman of Clayton Securities Corp. in Boston. He also served as president of Investment Research Corporation and treasurer of Progressive Associates. Mr. Clayton was past director of Concert Network Inc., Jarrell-Ash Co., Cambridge Hotels and Miller Industries. He was also director of the National Council of Christians and Jews.

Other organizations and activities in which he was an executive-operator included: Development Council of Boston University, director of the Boston Symphony Youth Concerts, New England Opera Theater, Friends of Music at Boston University and Friends of Chamber Music in Boston.

In his native Salt Lake City, Mr. Clayton, in addition to his membership in the sons of utah pioneers, was a member of Salt Lake City Chamber of Commerce and the Alta Club.

Survivors include his widow of Salt Lake City; a son Calvin W. of Massachusetts, four grandchildren and four great grandchildren.

Musical memorial services were held Feb. 19 in the Music Hall of the University of Utah