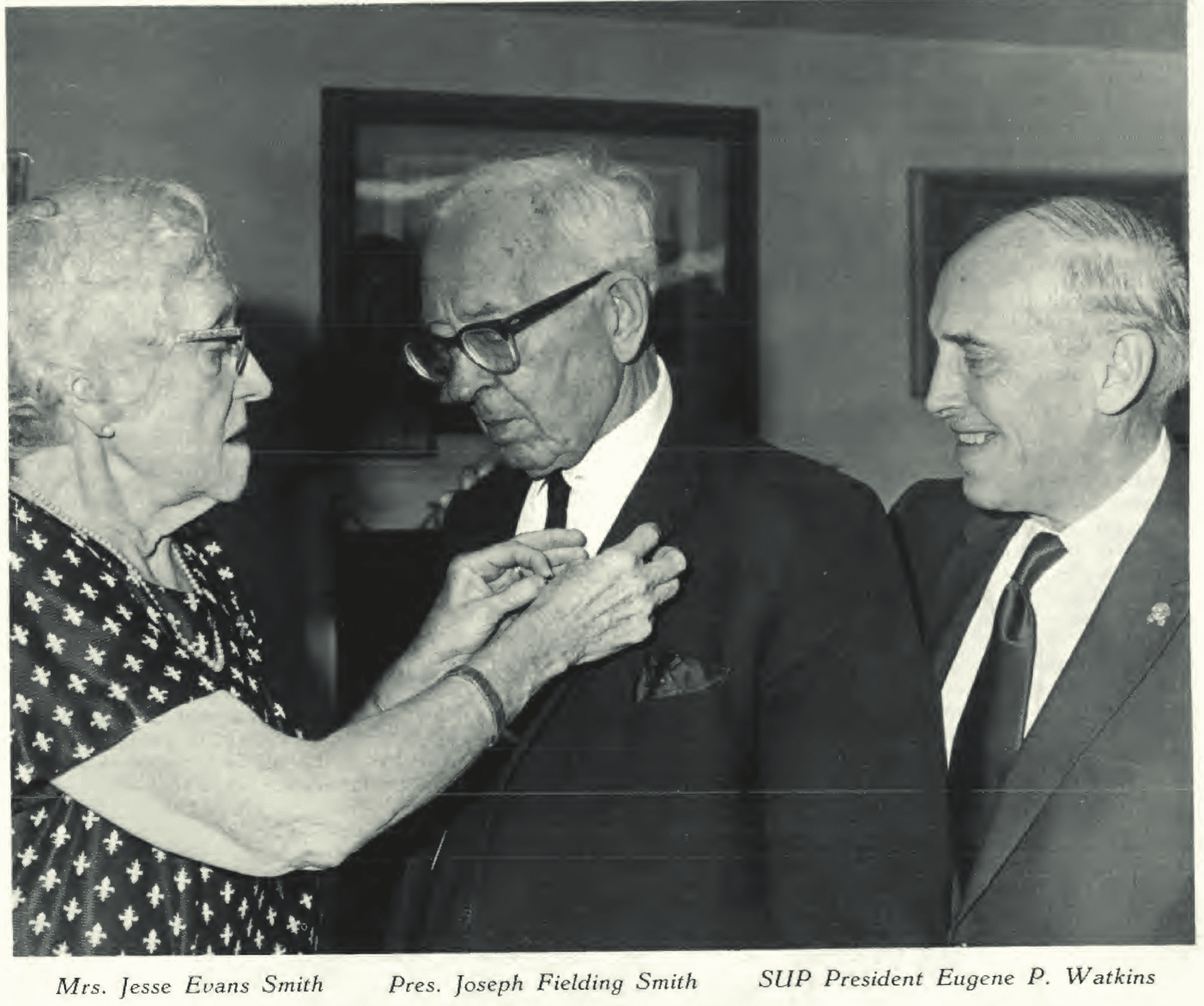 Presentation of the Honorary Life Membership Pin and Certificate to President Joseph Fielding Smith featured the annual President’s Banquet of the sons of utah pioneers held May 1 in the Pioneer Village Auditorium.

National president Eugene P. Watkins presented the award to President Smith, and Mrs. Smith pinned the emblem on the church leader. In a brief but most sincere and kindly response, the leader of upward of 3,000,000 Mormons paid tribute to the Mormon pioneers and commended the Sons of Utah Pioneers for their various programs which perpetuate the lofty idealism and humble devotion of these hearty frontiersmen.

Mrs. Jesse Evans Smith, nationally acclaimed contralto, sang a solo [performance of] “Let There Be Peace on Earth and Let It Begin With Me.” The president’s wife accompanied herself on the piano.

E. O. Maxwell sang a group of solos accompanied by M. E. Carr on the piano. The musical program was outstanding and enthusiastically received.

President Watkins was in charge of the pleasing affair and Vice President Jay Horrocks was an eloquent and good-natured master of ceremonies. Corsages were given to the ladies.

Mr. Horrocks announced the Indian Show to be held at Pioneer Village May 30; the opening of a display of President David O. McKay’s relics at the Village on May 31; and the unveiling of a bust of President Brigham Young on June 1.

Each chapter president introduced himself and his companion. A sumptuous roast beef dinner was served.

Special guests were Elder and Mrs. Arthur Haycock. Elder Haycock is secretary to President Smith and a regional representative of the Council of the Twelve.

The invocation was given by Chaplain Joel Richards and the benediction spoken by national board member W. Lowell Castleton.