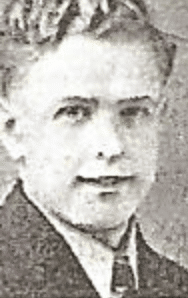 Former director of the Associated General Contractors of America, Mr. Child has built hospitals, schools and industrial plants throughout Utah, Idaho, Nevada, Wyoming and Colorado. He was formerly employed as director of maintenance for the Granite School District and director of Cottonwood & Cove, Inc.

A devoted church worker, Mr. Child served on a mission for the Church of Jesus Christ of Latter-day Saints in South Africa and held numerous other stake and ward positions including bishop of the Tenth Ward of Park Stake and the first bishop of Monument Park Ninth Ward.

He was prominent in the activities of the Rotary Club and the Delta Phi Kappa and Pi Kappa Alpha fraternities in addition to the Sons of the Utah Pioneers.

The funeral service was held August 8 in the Monument Park 15th LDS Ward and burial was in the Salt Lake City Cemetery.

This originally appeared in the November/December issue of Pioneer Magazine