The article previously appeared in Pioneer Magazine, 2010 Vol.57 No.3

In both of Heber C. Kimball’s missions to England he served in the Ribble Valley near Preston, Lancashire. In that region are some quaint little villages, including chatburn and Downham. This is an area of stunning beauty. At that time, locals felt that residents of those villages were too wicked to respond to the gospel message. Heber responded by saying that he was not to call the righteous but sinners to repentance. Consequently, Elder Kimball and his companion went to work and experienced great success. They walked the road seen here as they taught, baptized, and confirmed a good number of those who lived in the area.

“Heber C. Kimball was indeed a true apostle of Christ, one of the called and chosen; a prophet and a servant of God, in nature as well as name.

“The Prophet Joseph told him in after years that the reason he felt as he did in the streets of Chatburn was because the place was indeed ‘holy ground,’ that some of the ancient prophets had traveled in that region and dedicated the land, and that he, Heber, had reaped the benefit of their blessing.” (Orson F. Whitney, Life of Heber C. Kimball, an Apostle, The Father and Founder of the british mission [Salt Lake City: Published by the Kimball family, 1888], 201.)

In the village of Chatburn, the main road linking Clitheroe and Chatburn intersects with two other streets: Chatburn Old Road and Ribble Lane. In the time when Heber C. Kimball served as a missionary there, the “Old Road,” as it is referred to on the street signs, was the main road between Chatburn and Clitheroe and would have been used by Elder Kimball and his companions. Heber recorded that when it came time for them to leave, “Such a scene I presume was never witnessed in this place before—the hearts of the people appeared to be broken.” While the missionaries walked down that road, “doors were crowded and villagers lined the streets, weeping as they said their farewells.” The missionaries took off their hats because they felt that they were on holy ground.

“I was followed by a great number . . . a considerable distance from the villages who could hardly separate themselves from me. My heart was like unto theirs, and I thought my head was a fountain of tears, for I wept for several miles after I bid them adieu.” (Cited in James B. Allen, Ronald K. Esplin, and David Whittaker, Men with a Mission [Salt Lake City: Deseret Book, 1992], 50–51.)

The “Old Road” continues but a short distance from where it intersects with Ribble Lane. It disappeared, having succumbed to an enormous stone quarry located between Chatburn and Clitheroe. 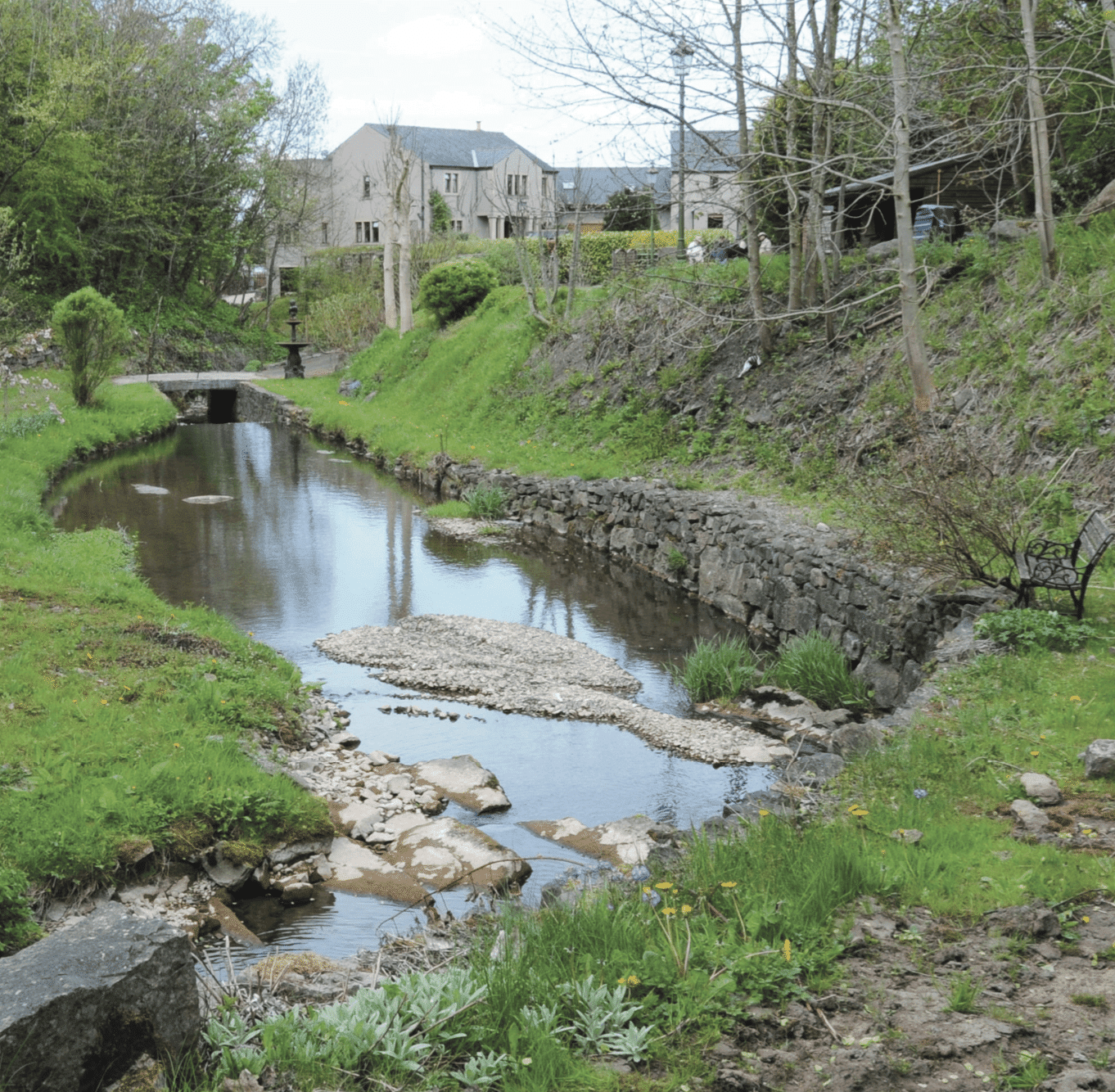 In a 2006 issue of Mormon Historical Studies Carol Wilkinson announced that “The location of a baptismal site in the village of Chatburn, England, used by Mormon missionaries in the 1830s and 1840s has been identified.” Many were converted to the restored gospel in Chatburn as well as nearby Downham, Clitheroe, and other villages. These converts numbered into the hundreds. Just where they were all baptized is not recorded, but many were likely baptized at this beautiful site in Chatburn. Identified by Wilkinson, it is central to a number of these villages. (See Mormon Historical Studies, 7.1–2 [spring/fall 2006], 83.)

“Some days we went from house to house, conversing with the people on the things of the kingdom, and would sometimes be instrumental in convincing many of the truth; and I have known as many as twenty persons baptized in one day, who have been convinced on such occasions. I have had to go into the water to administer the ordinance of baptism six or seven times a day, and frequently after having come out of the water and changed my clothes, I have had to turn back to the water before I reached my lodgings; this, too, when the weather was extremely cold, the ice being from twelve to fourteen inches thick.” —Heber C. Kimball Cited in Whitney, Life of Heber C. Kimball, an Apostle, The Father and Founder of the British Mission (Salt Lake City: Published by the Kimball family, 1888), 201–2.