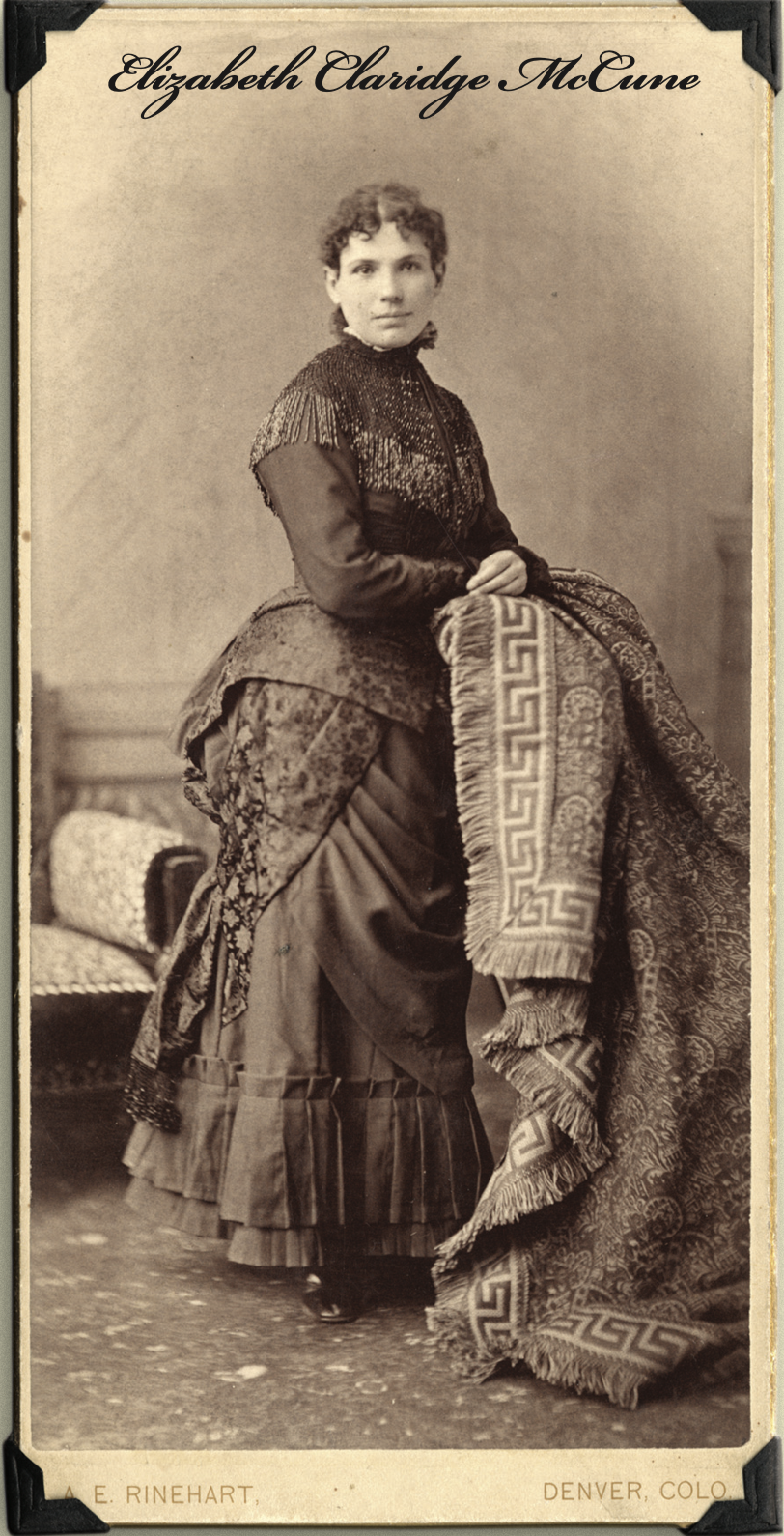 This article originally appeared in Pioneer Magazine, 2010 Vol.57. No.1

In 1898 George Q. Cannon announced, “It has been decided to call some of our wise and prudent women into the missionary field.”1 In the past a few sisters had accompanied their husbands who were serving as missionaries, but never before had the Church officially called and set apart sisters as ambassadors of the Lord Jesus Christ.

ELIZABETH CLARIDGE MCCUNE (1852–1924), mother of nine children, was a member of the Relief Society and the YWMIA general boards for many years. She chaired the Genealogical Society of Utah, was a temple ordinance worker, and was a missionary on Temple Square. She was also active in the women’s rights movement and attended international women’s conferences in London and Rome.

In the winter of 1897–98, before leaving for a tour of Europe with her family, Sister McCune went to Lorenzo Snow for a blessing. Among other things, he blessed her that “thy mind shall be as clear as an angel’s when explaining the principles of the Gospel.” One day she told her daughter of her belief that it would not be very long before young women would be called to serve missions.2 Upon returning home, she told President Snow of her experiences in explaining gospel principles to non-members all over Europe [and] that her teachings were instrumental in bringing some members of her English family into the Church. It was shortly after this that President Cannon made his announcement.

“The very first sister to be set apart and formally commissioned as a missionary of the Church of Jesus Christ of Latter-day Saints was HARRIET MARIA HORSEPOOL NYE, wife of President E. H. Nye of the California mission. She was set apart at San Francisco, March 27, 1898, by Apostle Brigham Young.

LUCY JANE BRIMHALL and AMANDA INEZ KNIGHT were the first single sister missionaries called in the Church. They were called April 1, 1898, to serve in Great Britain.3 Several issues of the Young Woman’s Journal carried articles or letters regarding their proselytizing activities. These sisters energetically involved themselves in missionary work tracting door-to-door, taking part in street meetings, and even drawing large crowds. In the face of the degrading images painted on the pages of the English anti-Mormon press, it was a novelty for the British people to see two Mormon women who were not only attractive, but intelligent, forceful speakers as well.

In a published letter, they reported, “We take part frequently in street meetings and have thus far been listened to attentively, with no interruptions. Having accepted many invitations to call upon people at their homes to talk upon Utah and her people, also the Gospel, as a result we already have some dear friends in Bristol.”4 Sister Knight, in a letter, reported: “Although we do not always have clear sailing and have even been forced to seek protection from mob violence in a police station, receiving the slurs of the mob and even spat upon by the enemy, together with rocks and sticks from their hands, yet we rejoice in the work.”5 Inez Knight and Lucy Brimhall were only the first of thousands of women to valiantly proclaim the gospel in missions all over the world.