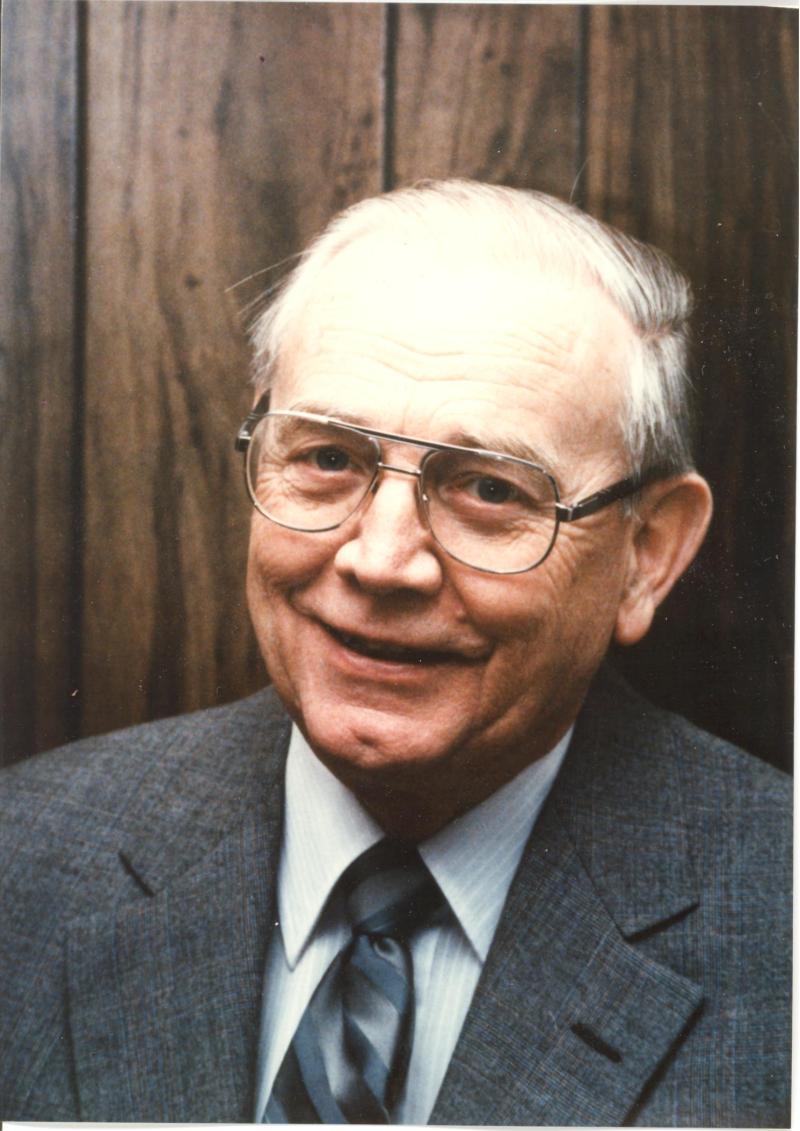 Doren Benjamin Boyce, 75, died December 6, 1989. He was an accountant and worked for Z.C.M.I. and the Soil Conservation Service. During World War II was finance officer for the War Relocation Authority Center in Topaz, Utah. He worked for Jacobsen, Jenzch & Rector, Aultorest Mortuary and Memorial Park. Received his CPA in 1950 and became a partner with Tanner, Garret, Boyce & Parkinson Accounting Firm, retiring in 1979. He served as councilman for two years and mayor of South Ogden for eight years. He worked for water, sewer and recreation improvements and helped establish and served 33 years as chairman and general manager of the Central Weber Sewer Improvement District. He was a member and former chapter president of the Sons of Utah Pioneers, the Ogden Executive Club, Kiwanis and Rotary. He had served as Bishop, High Councilor, temple worker, teacher and leader and was a High Priest. He was a 60 year scouting veteran and Silver Beaver recipient. He is survived by his widow, 1 son and 2 daughters, 18 grandchildren and 4 great-grandchildren.