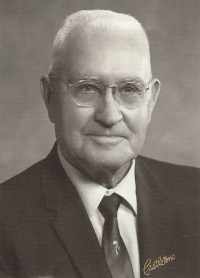 Mr. Bird was active in several civic, professional and church endeavors. He was former president and director of the Mapleton Irrigation Company; director of the County Farm Bureau; member of the Utah Crop Improvement Board and the Sons of Utah Indian War Veterans. He was the first mayor of Mapleton.

A former missionary to the Eastern States Mission, he was a high priest in the Mapleton 10th Ward and a member of the Mapleton Men’s Chorus.

The funeral service was held Aug. 14, 1971 in the Berg Chapel in Provo and burial was in the Springville Evergreen Cemetery.