[This article first appeared in the Mar/Apr 1970 issue of Pioneer Magazine.] 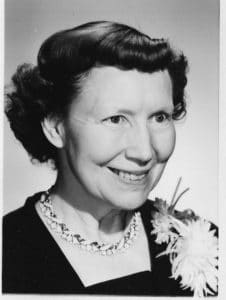 Guinivere Ellen Kotter Bacon, daughter of Mr. and Mrs. William F. Kotter, learned to fly at the Airtech School of Aviation, Lindberg Field, San Diego, California and soloed Aug. 29 1929, the first woman from Utah to do so.  She was also the first to secure both the private and commercial pilot’s license.

Guinivere was a charter member of the Anne Lindbergh Girl Glider’s Club,—organized in San Diego in the Spring of 1930.  The club purchased a Bowlus ninety-foot span sailplane, which Col. Charles A. Lindbergh tested for them. 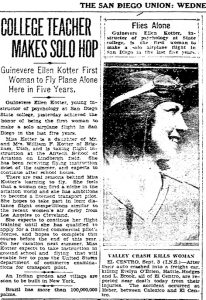