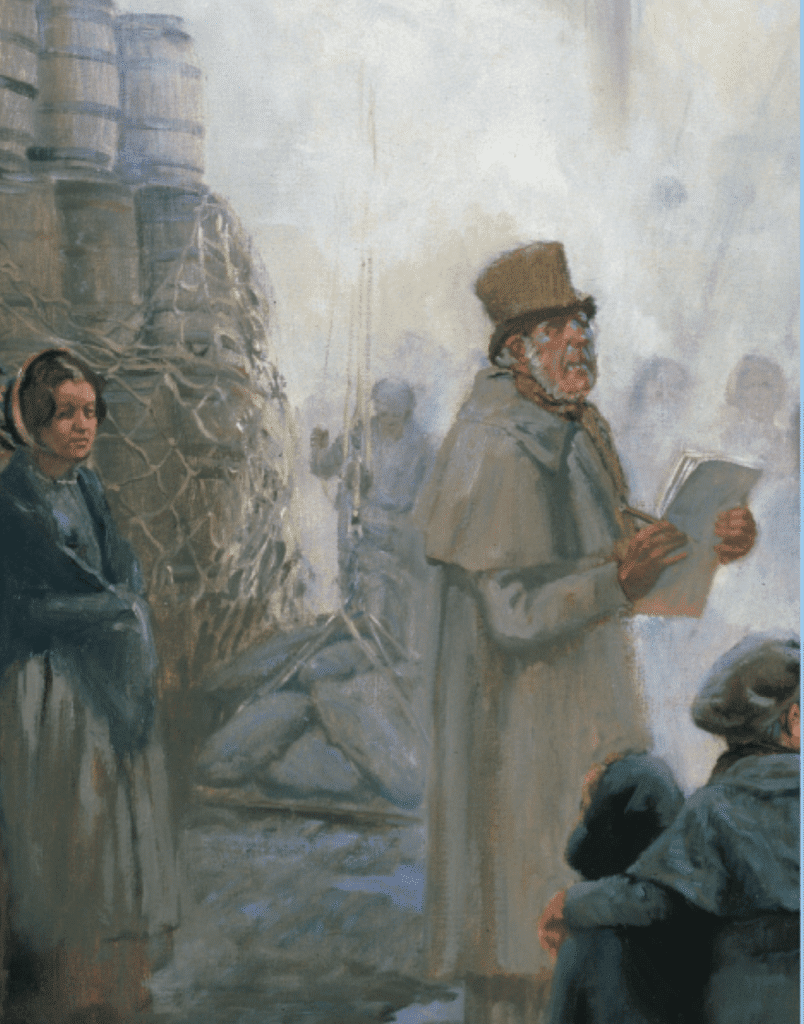 British converts were influenced by the excellent organization and dependability of their Church leaders, both at Liverpool and in Nauvoo. An emigration agent was selected by Church leaders to carry out arrangements at Liverpool. In April 1841, an “Epistle of the Twelve” was published in the Millennial Star explaining that an agent had been appointed and listing the advantages of the Church-sanctioned appointment:

“We have found that there are so many ‘pick pockets and so many that will take every possible advantage of strangers, in Liverpool, that we have appointed Elder Amos Fielding, as the agent of the church, to superintend the fitting out of Saints from Liverpool to America. Whatever information the Saints may want about the preparations for a voyage, they are advised to call on Elder Fielding, at Liverpool, as their first movement, when they arrive there as emigrants. There are some brethren who have felt themselves competent to do their own business in these matters, and rather despising the counsel of their friends, have been robbed and cheated out of nearly all they had. A word of caution to the wise is sufficient.”

“It is also a great saving to go in companies, instead of going individually. First, a company can charter a vessel, so as to make the passage much cheaper than otherwise. Secondly, provisions can be purchased at wholesale for a company much cheaper than otherwise. Thirdly, this will avoid bad company on the passage. Fourthly, when a company arrives in New Orleans they can charter a steam-boat so as to reduce the passage near one half. The measure will save some hundreds of pounds on each ship load. Fifthly, a man of experience can go as leader of each company, who will know how to avoid rogues and knaves.”1

Later, the Church also assigned agents at the ports of New Orleans and New York to meet the incoming Saints.
Despite the best efforts of leaders and the Saints themselves, the immigration process was rarely a flawless one, and challenges arose during and following Church members’ journeys to Nauvoo. Those who gathered were warned by the First Presidency concerning false expectations:

“We would wish the Saints to understand that, when they come here, they must not expect perfection, or that all will be harmony, peace, and love; if they indulge these ideas, they will undoubtedly be deceived, for here there are persons, not only from different states, but from different nations, who, although they feel a great attachment to the cause of truth, have their prejudices.”2