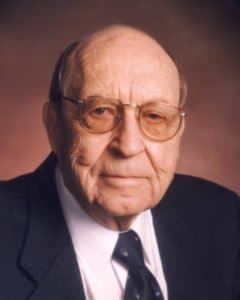 After a full life, alan luke passed away peacefully at home on Sept 20, 2017 at age 99½. Alan was active in community service, participating with the Sons of Utah Pioneers as Mills Chapter president, and was elected National SUP President. He enjoyed being the advisor of the Young Dairy Cooperators in the Northwest for 10 years. He was President of the USU Old Main Society and was honored by USU Agriculture for Distinguished Service for his many contributions to the Dairy Industry. Realizing the importance of education, he has endowed scholarships at several Utah universities and Piute High School which continue to help many students. A faithful member of the LDS church, he was serving in the Swiss German Mission when World War II broke out and he had to be evacuated with other European missionaries. He served a second mission with Janet in Toronto, Canada after he retired. Throughout his life he served in many capacities including teacher, High Councilman, Bishop, Seattle Temple worker, and Patriarch. He managed a large dairy farm for the church in Virginia and organized a stake welfare apple orchard in Tacoma, WA. Due to his love of family history he enjoyed working with the Young Single Adult stakes in the Family History Center at the University of Utah. He had a keen wit and liked to make people laugh, retaining his quick sense of humor throughout his life. He is survived by his beloved wife, Janet; 6 children; 15 grandchildren, 10 great grandchildren, 2 great great grandchildren; and his sister Retta Taylor. Burial was in the Memorial Holladay Cemetery. In lieu of flowers, donations may be made to the LDS Perpetual Education Fund. Condolences may be shared with the family at HolbrookMortuary.com