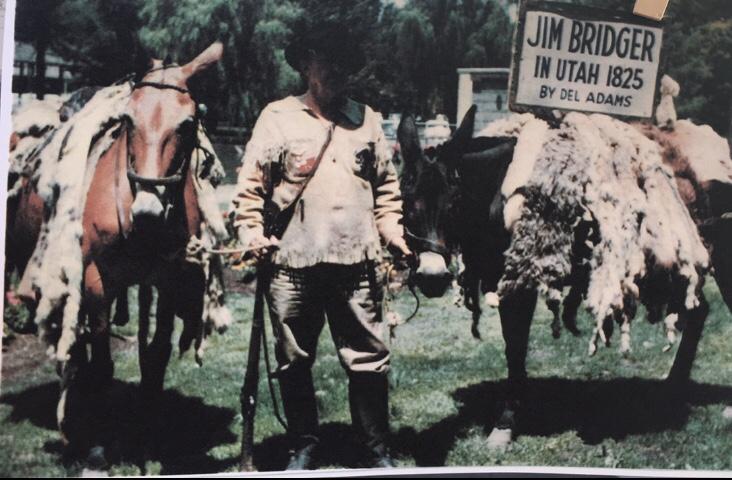 Dell H. Adams, 81, Lawton, prominent and devoted member of the sons of utah pioneers of Layton, Utah, died Nov. 11, 1971 at the stockyards in Evanston, Wyo. of a heart attack. He served as president and director of the Utah Livestock Producers Assn. and was director of the Utah Grazing District No. 1.

Mr. Adams was best known among his fellow sup members for his museum of pioneer relics and Indian artifacts at “The Homestead” in Layton. This was one of the finest collections in this field in all the country and brought many visitors to his place. He portrayed Jim Bridger in many pioneer parades.

He operated a sheep business in Box Elder County for 65 years. He was past president of the Davis County Wildlife Federation.

Mr. Adams was born Oct. 21, 1890 in Layton to Hyrum and Annie Penrod Adams. On March 14, 1914 he married Sarah Kershaw in Layton. The marriage was later solemnized in the Salt Lake Temple.

Funeral services were held Nov. 15 in the Layton Fourth Ward Chapel and burial was in the Kaysville-Layton Memorial Park.