The utah war—also known by its instigators as the Mormon Rebellion—began in March 1857 when President james buchanan mobilized US troops against what was said to be a widespread and dangerous uprising In Utah Territory—a rebellion against federal authority and the laws it upheld, a rebellion determined to secure “Mormon” autonomy and supremacy in the region. 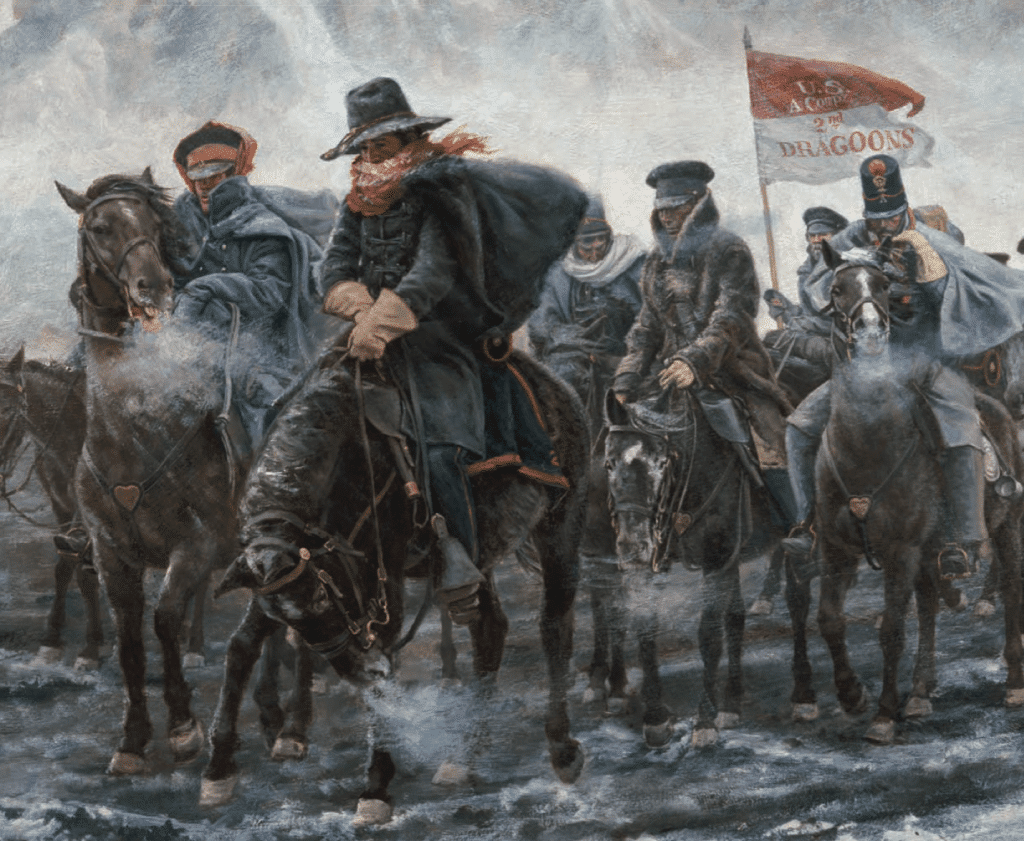 Because, from Latter-day Saint perspectives, the Expedition was a selfish, unnecessary abuse of federal resources in the name of cronyism and self-aggrandizement, and because, in simplest terms, the “war” was initiated by a government’s deploying an army—unannounced—against its own citizens, the conflict was also known as Buchanan’s Blunder.

The truth of the Utah War—or, more accurately, the Utah Expedition or the Utah Campaign—is far afield from either of these polar views of it. In the first place, the Utah War was a non-traditional war—a non-war, even—and there was never an actual engagement between the troops commanded by General Albert Sidney Johnston and the militias of the Utah Territory,

In the second place, the Utah War was a conflict that emerged from suspicion and miscommunication.  By 1851 relationships between the Utah Territory’s federal appointees—separated by more than half a continent from the officials and seat of government they represented—and the Latter-day Saint leaders of the Territory of Deseret were often strained.

If anything, relations worsened during the early and mid-1850s as the Church publicly acknowledged Its practice of polygamy, as average Church members became more resistant to outsider “Gentiles” and their alleged “influences” and as federal employees proved unequal to the challenges of frontier life, a high-desert climate, and “Mormon” society. Officials in Washington, DC, were kept busy reading and responding to the letters, reports, and accusations from both sides of the divide.

After abandoning their territorial posts, disgruntled federal appointees delivered to their home offices in Washington agitated reports of their experiences. Some of these underscored public perceptions and public distrust of “the Mormons,”eventually feeding President James Buchanan’s antagonism toward the Saints and what he described as their arrogant leadership. It appears, in fact, that some of the more acrimonious letters persuaded Buchanan that Utahns were in open rebellion against the federal government and the Constitution itself.

Accordingly, during the third week of May 1857, Buchanan determined to replace Brigham Young with a federally appointed territorial governor and simultaneously fill all Utah Territory’s then-vacant federal positions with men of his own choosing. To ensure a “smooth and friendly” transfer of power, Buchanan’s appointees would be accompanied by a “military escort” of no less than 2,500 soldiers— a literal army—commanded by General Albert S. Johnston. But there was a problem: for reasons still unclear, Buchanan did not inform Young that he was being replaced or that an army was on its way to Salt Lake City.

Over the next several weeks, the facts of Buchanan’s decisions were confirmed to Young and other Church leaders. And as facts were revealed, unbearable questions followed. Why had Buchanan taken this action? What, precisely, were Latter-day Saints said to have done? Were the Saints once again an enemy people to be exterminated or driven out? Amidst a fog of rumors, the body of the Church remained convinced that Utah was still “the right place”—and that they must take a stand. Defensive plans were laid by Church leaders: plans for preventing attacks from virtually every direction; plans for hindering the progress of the advancing army and destroying its resources; plans for resisting without firing shots; plans for abandoning and then burning homes and fields in the path of the army, if necessary; plans, even, for escape.

In the end, the war was one of words and wills, not weapons. But in the tense, often fearful and desperate environment this conflict fostered, there were devastating consequences. In particular, there was the mountain meadows massacre of September 1857, which followed on the heels of the imposition of martial law throughout Utah Territory. The fear, resentment, overzealousness, prejudice, or anger of an isolated body of Latter-day Saints fueled a terrible chain of events ending in the murders of at least 120 men, women, and children immigrating from Arkansas to California.

The Utah War ended anticlimactically in July 1858 after General Johnston and his troops passed peacefully through temporarily deserted northern Utah settlements, including Salt Lake City, and established a US military base in Cedar Valley, forty miles southwest of Utah’s capitol.

Apart from its attendant tragedies, the Utah War was an important first step on Utah’s long path to statehood. It gradually enabled a true separation of church and state within Utah Territory and facilitated the growth of an abiding loyalty to nation, Constitution, and government perhaps unequaled by that of any other US state or region. The government’s view of Utah also changed—and, over time, Utah and its people would be entrusted with responsibility for some of the nation’s most important and sensitive military and security operations.

Any thoughtful study of the Utah War will reveal its hard-won blessings, not just its missteps and failings, and will underscore the courage and integrity of good men and women on both sides of the conflict.