A range of hills aligned north-south runs for about eight miles near the area where the English county of Worcestershire meets that of herefordshire. Known as the malvern hills, this range and surrounding areas constitute a region of stunning natural beauty. Toward the southern end of the range is a hill known as Herefordshire Beacon. Once a Roman camp, this historic site was visited by LDS apostles serving missions in Great Britain in 1840–41. On May 11, 1840, Elder wilford woodruff reflectively penned the following as he stood atop Herefordshire Beacon:

“Wilford is the only soul that treads thy soil this day and he alone bends his knee upon the height of thy summer in the midst of the clouds to offer up the gratitude of his heart unto . . . God.”

On another occasion, Elders Wilford Woodruff, Brigham Young, and willard richards climbed the hill and united in prayer. Elder Young felt prompted to leave the area and undertake the task of publishing hymns and scriptures for the newly baptized Saints in Great Britain. (See Woodruff journal, typescript, 1:447, 451.) (These images were taken from Herefordshire Beacon, not of it. The view on the left looks north, the direction the Malvern Hills run from Herefordshire Beacon; the view on the right looks northeast toward the county of Worcestershire.)

St. Michael and All Angels Church 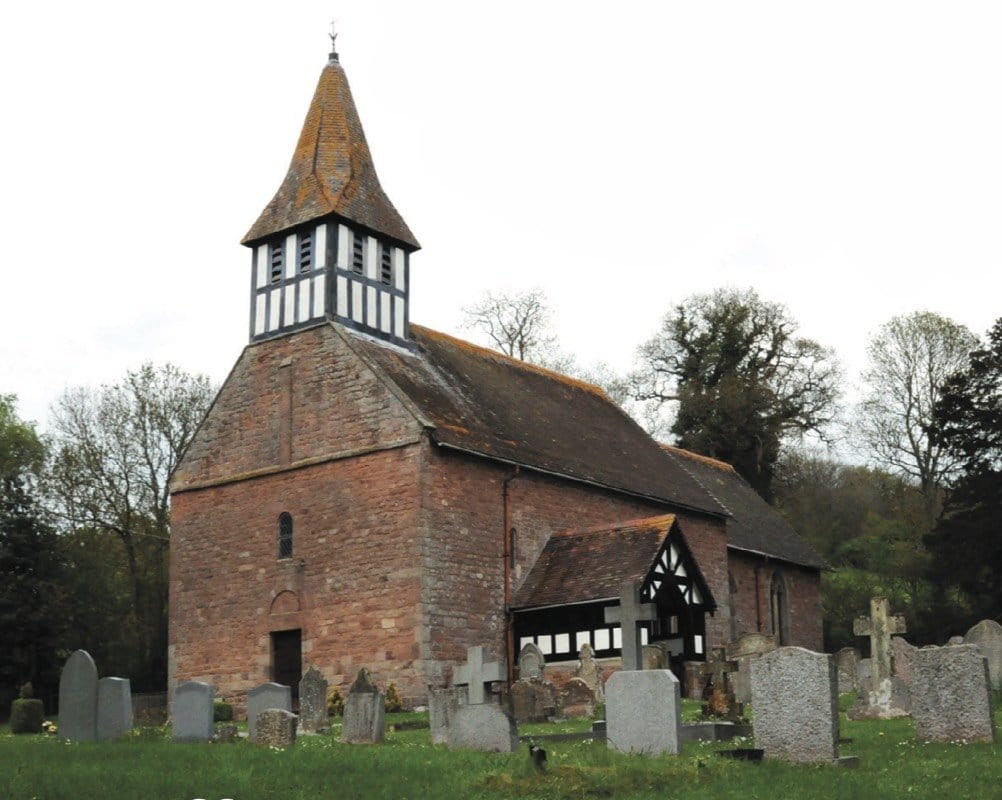 In a series of memoirs entitled “Leaves from My Journal,” Elder Wilford Woodruff tells the story that occurred when he was preaching at the john benbow home at Hill Farm near Castle Frome, England. A constable entered and announced that he was sent by the rector of the local parish to arrest Elder Woodruff for preaching. The constable was invited to sit until the end of the sermon, and he did so. At the conclusion of the sermon, rather than arrest Elder Woodruff, the constable requested baptism, one of seven to ask at the time.

Following this episode, the rector sent two others to learn what was being preached and to find out what had happened to the constable. They too were converted and requested baptism. The church from which these three were sent is St. Michael and All Angels, a Church of England parish church. It is located at Castle Frome. Official literature notes that this historic structure is Norman, built about A.D. 1125 adjacent to a hill that was once a Roman fortress. Robert and Louise Manning, owners of the nearby home that once belonged to John Benbow at Hill Farm, presently (2010) serve as officers in that parish. Louise and her husband are most supportive of those interested in the history of The Church of Jesus Christ of Latter-day Saints, both with its connection to this historic house of worship and the property where their family lives.

On March 4, 1840, Elder Wilford Woodruff arrived at the home of John and jane benbow at Hill Farm near the village of Castle Frome, Herefordshire, England. Elder Woodruff preached that evening and spent the night there. Two days later, in a pond on the Benbow farm, he baptized the Benbows and several others into The Church of Jesus Christ of Latter- day Saints. The influence and generosity of the Benbows was monumental in this chapter of LDS history. The next number of months proved to be one of the most productive periods of missionary conversions in the history of the Church. During his time in the Herefordshire area, Elder Woodruff frequently used the Benbow home as a base for his missionary labors there and in several other counties. 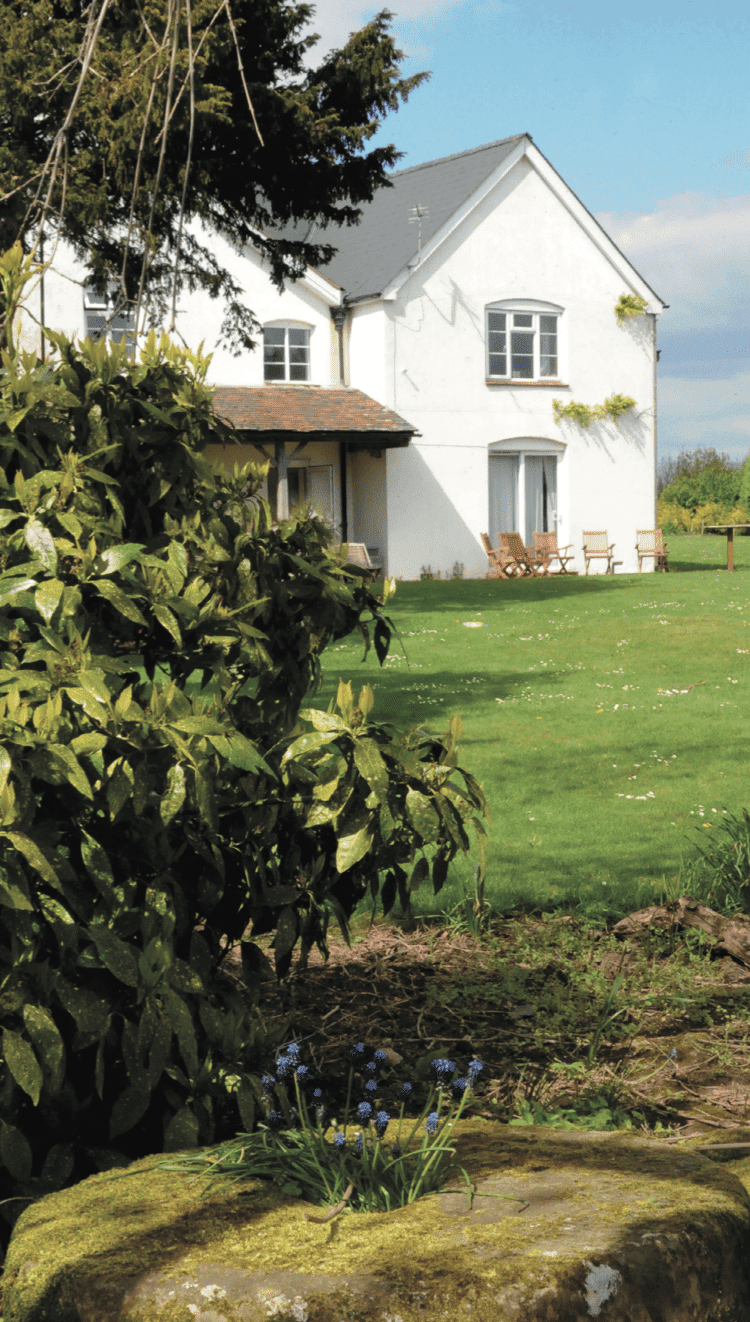 The journal of Wilford Woodruff gives a number of insights into his time spent at the home of John and Jane Benbow while on his mission to Great Britain in 1840–41. Numerous individuals were taught at the Benbow home and many were baptized in a pond situated on that property. In his journal entry for March 7, 1840, Elder Woodruff noted, “I spent the day in preparing a pool to baptize in.” On the next day, he wrote that he baptized seven persons in that pool or pond (Woodruff journal, typescript, 1:424). The pond and the path that leads to the pond are situated adjacent to Hill Farm, which was once the farm of John Benbow. The pond and adjacent area within the gate and railings are now owned by The Church of Jesus Christ of Latter-day Saints. The path is owned by Robert and Louise Manning (owners of the former Benbow home and farm), but there is a right-of-way for visitors. 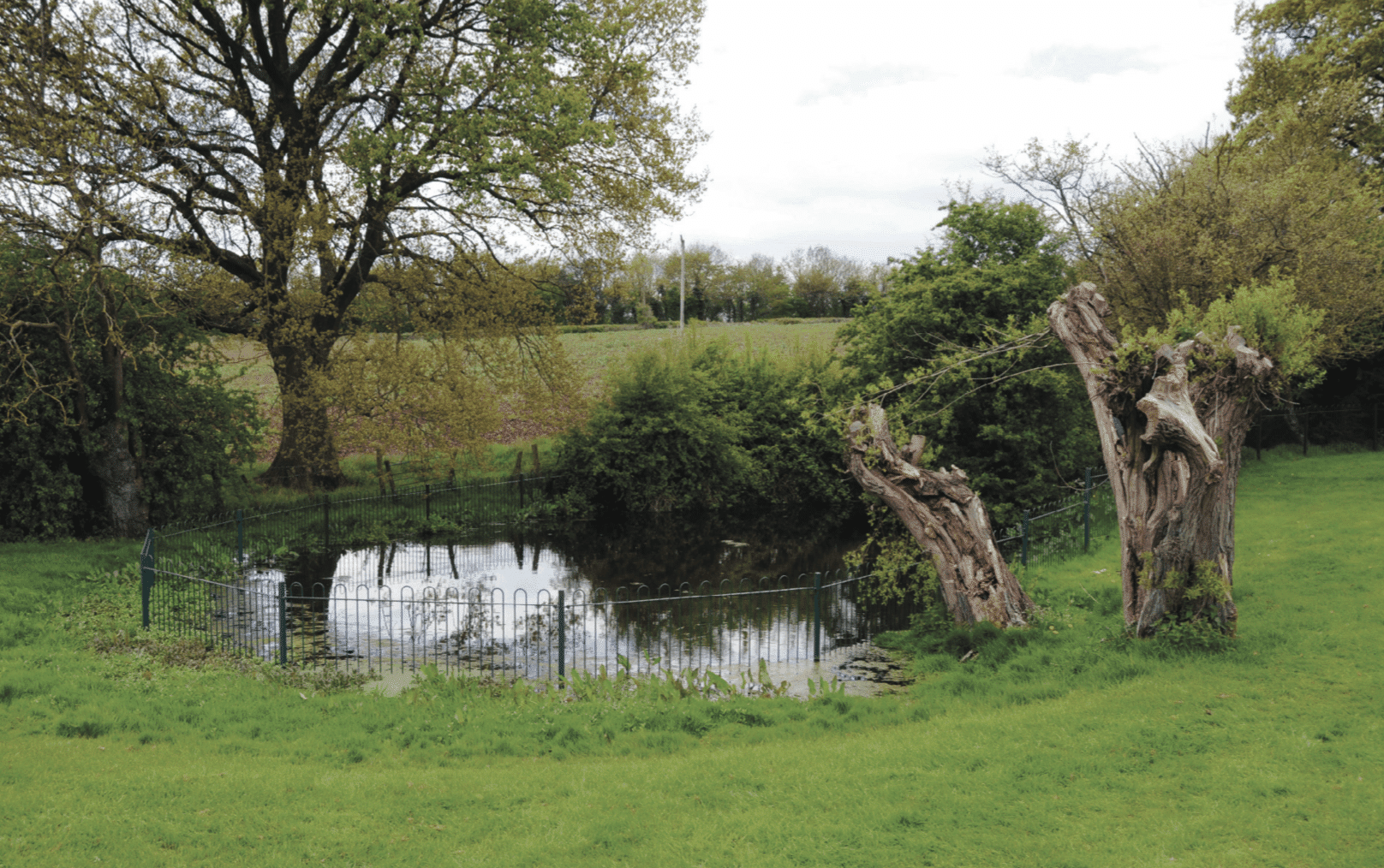